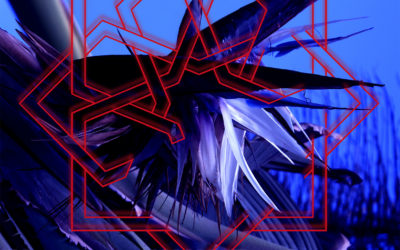 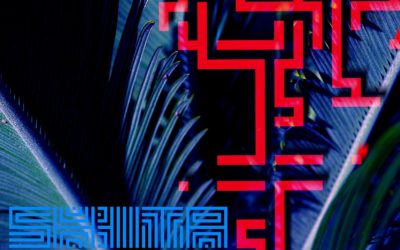 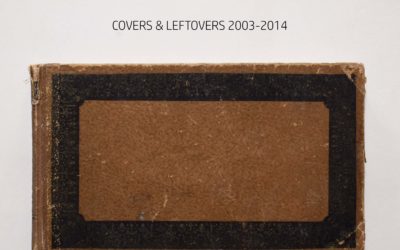 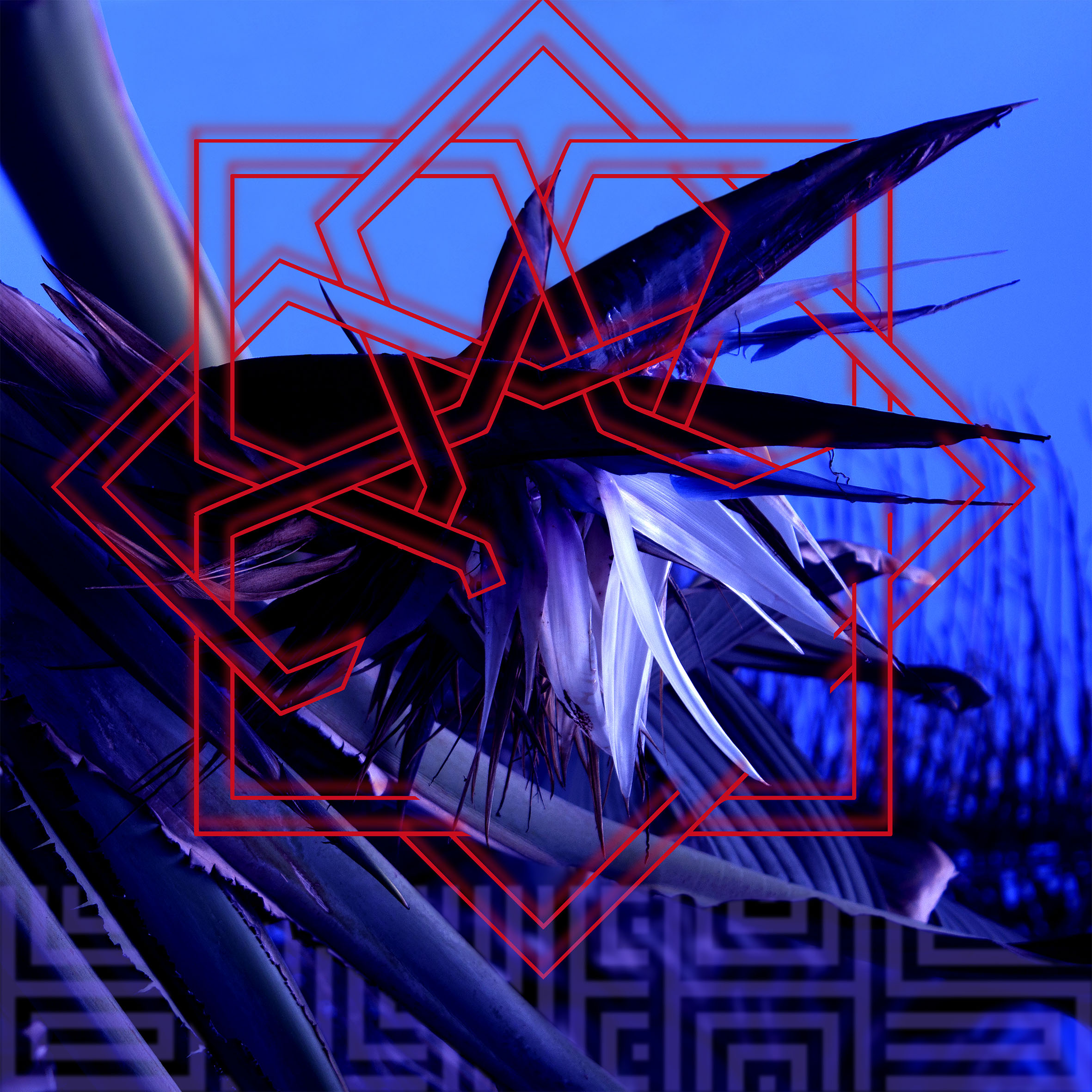 In another life, when he was still known as Fauve, Swiss songwriter Nicolas Julliard already had movies at the back of his mind. Haunted by the evocative climates of the film-music composers he loves (Bernard Herrmann, François de Roubaix, John Barry, Michel Magne, Ennio Morricone, …), his songs have always featured dramatic impulses and evocative atmospheres, not unlike a soundtrack in search of images.

No wonder then that filmmakers have come to him. Under the name of Nicolas Nadar, he has been producing a series of soundtracks for fiction and documentary films since 2016, as well as a stage score for harpist and actress Manon Pierrehumbert. Above all, he crossed paths with Radu ZERO, a painter, filmmaker and music lover whom he had met nearly 20 years earlier.

The desire for a shared project quickly emerged, the idea of working together on a hybrid material, a series of films and pop titles inspired by a common theme: the tropical world, a fragile and abundant universe, a point of balance threatened by the mortifying mutations of our feverish world.

Contaminated by Radu ZERO’s images, the music of Sleeper Hits : Tropical Abstractions is an exploration of the frontier between song and cinematographic art: evocative climates, play on sound layers and editing, dramaturgy of the development of the tracks, elastic durations, the processes inspired by cinema build around the melody, the voice and the text a complex universe, teeming with life, in constant change.

In 11 tracks with varied flavors, the songwriter explores in his own enigmatic way some of the key themes of our time, from global warming to computer hacking, from digital slavery to extractivist predation. Borrowed from the world of cinema, the expression “Sleeper Hits” refers to those films with unexpected success, built up in an underground and patient way. A nice way to describe Nicolas Nadar’s songs, both confusing, mysterious and yet singularly hospitable… with or without images. 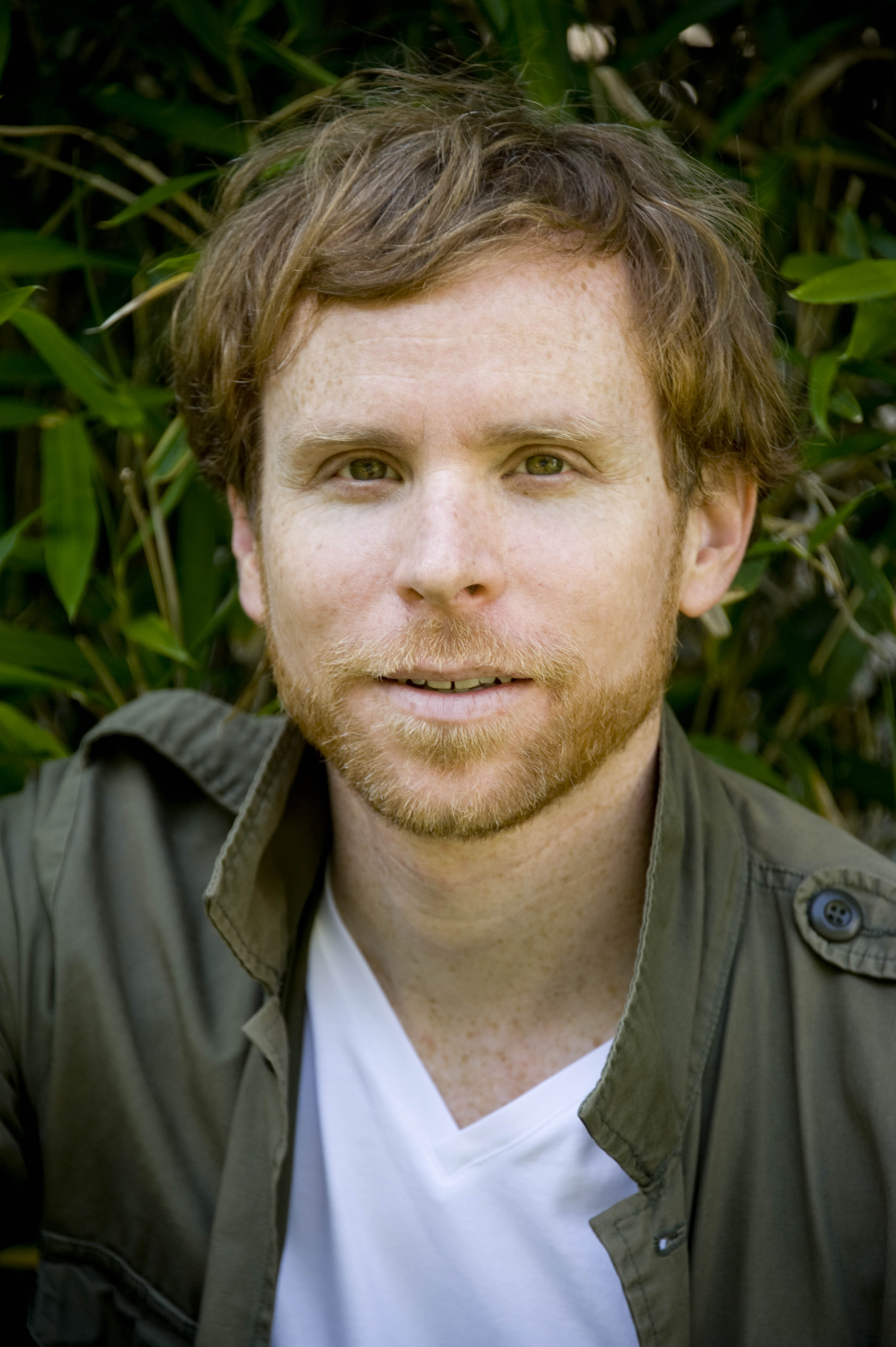 Swiss singer-songwriter Nicolas Nadar first started his career in 2006 as Fauve. Hailed by the press, embraced by the French magazine Les Inrocks, his first, self-titled album got him invited to perform in many clubs and festivals in Switzerland and France, as well as the Montreux Jazz Festival in 2007, with Raphelson, Sophie Hunger, John Parish and The Lausanne Sinfonietta.
In 2012, Fauve released Clocks’n’Clouds, a darker, electronic-tinged album that also got him very positive reviews, both in Switzerland and abroad. In 2015, he changed his stage name to Nicolas Nadar and composed the soundtrack to the TV series Anomalia (directed by Pierre Monnard), broadcast on RTS 1 and France 5. From 2016 on, Nicolas Nadar wrote the music of several documentary films and completed his work on the musical and cinematographic project Sleeper Hits : Tropical Abstractions, released by Poor Records on vinyl and digital in june 2021. 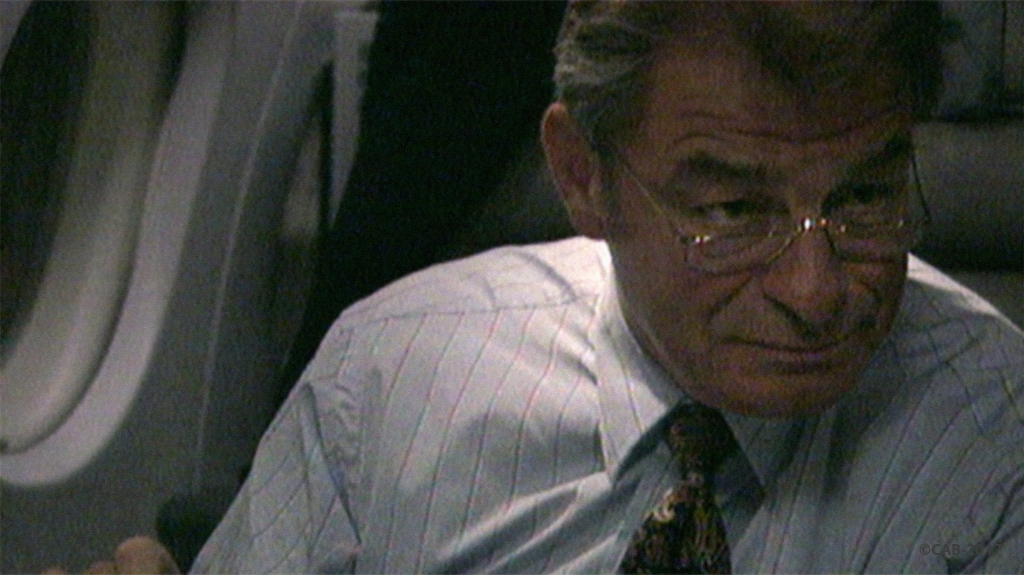 In 2016, I was asked by Daniel Wyss to work on the soundtrack to his documentary film about the late Swiss Confederation President Jean-Pascal Delamuraz. The idea was to mix nostalgic piano pieces with epic symphonic work depicting the man’s political triumphs and failures. Here’s the result, as released in 2018. 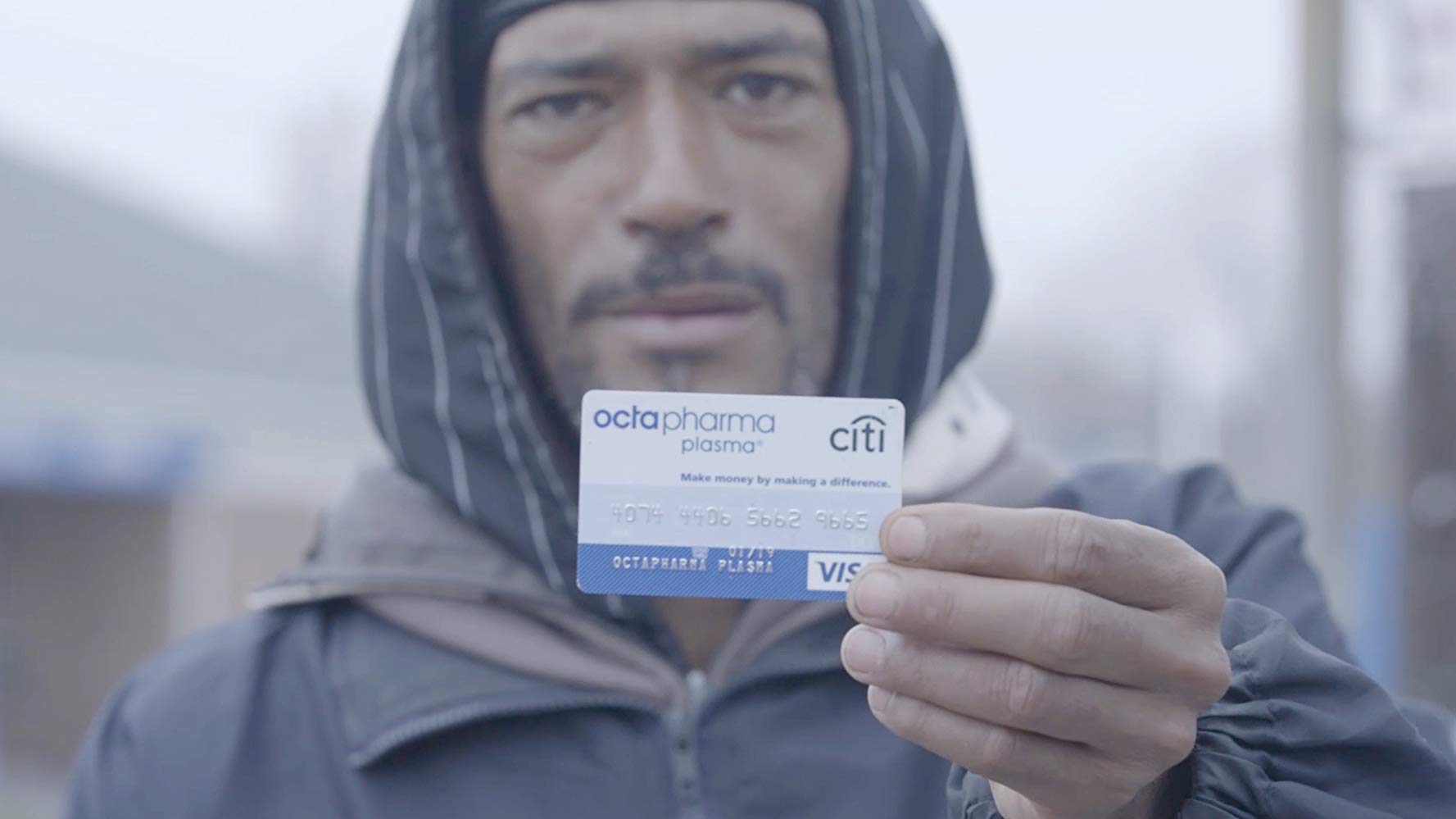 Soundtrack to the 2016 documentary film directed by Pierre Monnard.

Produced by ARTE, SRG and Pointprod, Blood Business follows investigative journalists François Pilet and Marie Maurisse as they reveal the illicit trade of the blood plasma industry. From the impoverished streets of Cleveland Ohio to the golden shores of Switzerland’s Lake Zurich, the film explores the intricacies around the business of blood including its role in medicine and its devastating social consequences. 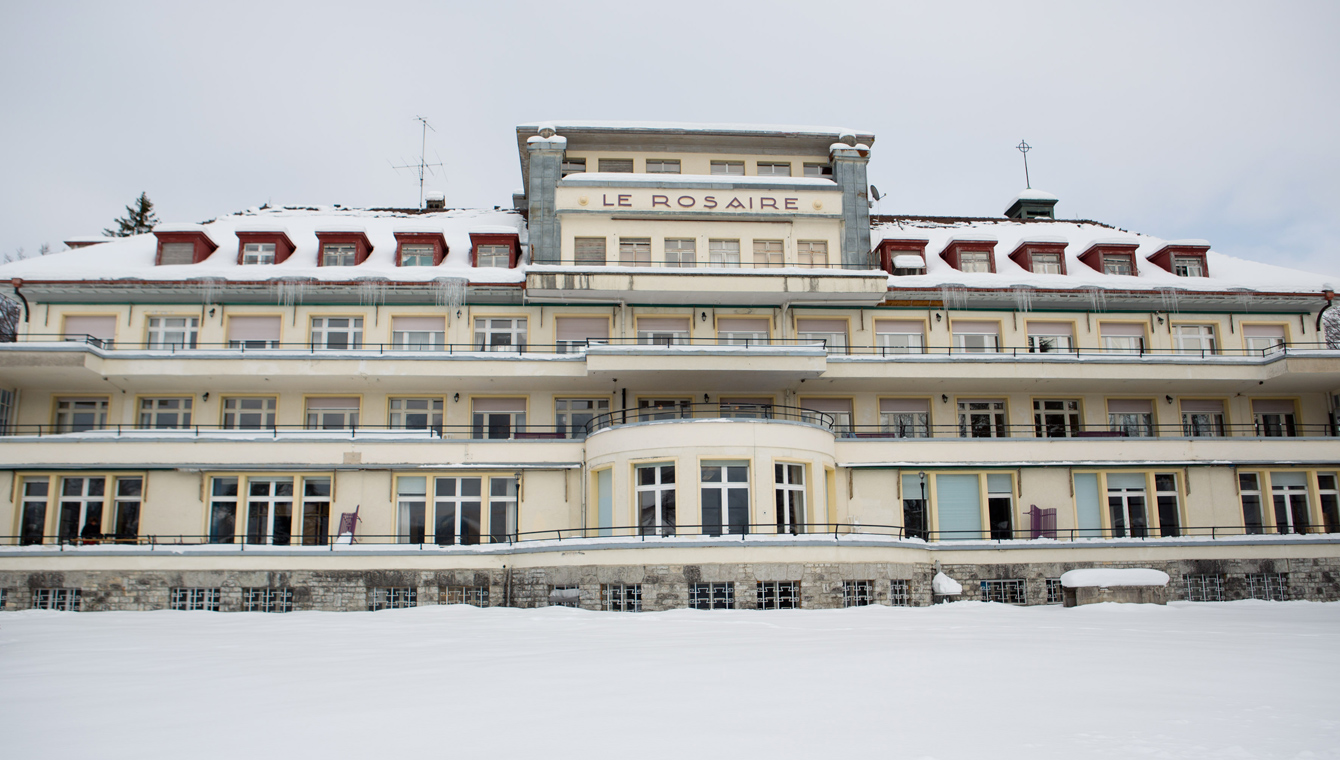 Soundtrack to the 2015 TV series directed by Pierre Monnard.

ANOMALIA is a 8 times 42’ supernatural thriller set in the Swiss Alps. Top neurologist Dr. Valérie Rossier moves back to her ancestral home with her son Lucas to take a position in an exclusive clinic run by her former teacher, Professor Wassermann. As she settles into her new life, strange occurrences conspire to reveal her true heritage, as well as her family’s tragic history. As she starts developing mysterious healing power, she realizes she might be in fact a witch…

Created by Pilar Anguita-MacKay, the show has been selected by several International Festivals such as Séries Series, Mannheim-Heidelberg or The Black Night Film Festival.

Live recording of a very special night with Raphelson, The Lausanne Sinfonietta and guests